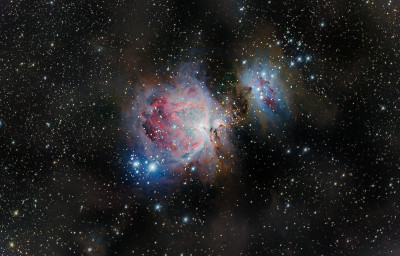 This image was taken with Starizona’s hyperstar optics in combination with the Celestron 8 EdgeHD.

By capturing the object at different exposure times, a high dynamic range composition HDR can be obtained. Thus, fine features are now clearly visible in the surrounding regions, and also the structures within the nebula are well recognizable. Even the core is not overexposed and shows fine patterns.

The stars in the lower right and left corner show a severe coma due to an imperfect colllimation of the hyperstar optics. John Hyes describes how a proper collimation of the hyperstar optics can be accomplished.
Due to the wiring of the camera, the stars show diffractions spikes. A cross-shaped attachment of the cables would provide a pleasant appearance of the inevitable diffraction spikes.
Green lens flares are visible in the middle between De Mairan’s Nebula and the Running Man Nebula. 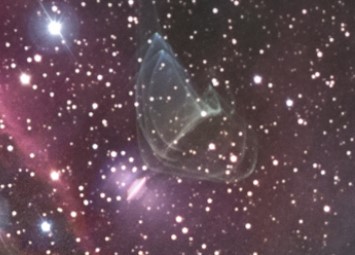 These can occur with very bright stars using hyperstar optics. It should be mentioned that coarse lens flares were removed using Photoshop.

The workflow roughly corresponds to our Nebula workflow. 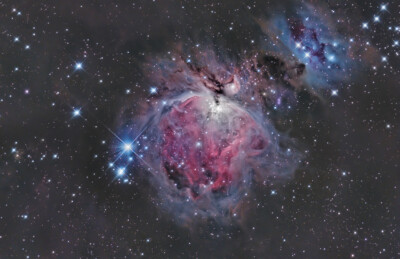 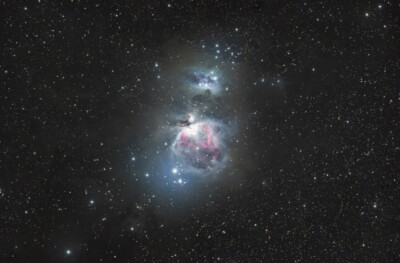 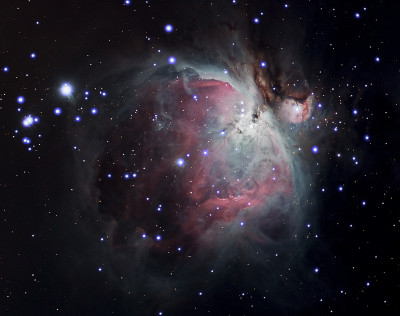