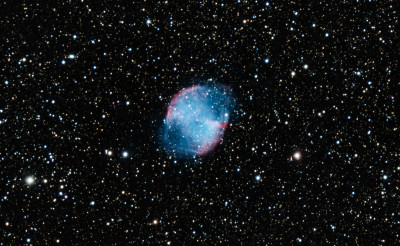 The stars are circular, have hardly any coma due to inaccurate collimation and are not too big. Regrettably some stars are overexposed, which results in a clipping of the star core.

The planetary nebula is intense in its blue color and also contains nearly the complete red regions, particularly at the outer edges.

Overall the image is very pleasing.

The median increases towards the end of the night, possibly because dusk has already arrived. As expected, the SNR is affected by this and consequently decreases a little. Alternatively, it may be a consequence of the telescope’s orientation in relation to a light emission source (City Light/Street Lamp).

Starting at noon at 65° and descending to 25° by the end of the night, the object has a prolonged light path through the atmosphere resulting in a slight increase in FWHM values. However, this FWHM shift is probably due to other factors, such as increased seeing, though this should not be the case, as the Seeing-Plot visuallizes. However, the Seeing-Data may be inaccurate and has a low resolution. In addition, poor focusing or imprecise guiding may be responsible for the increased FWHM values. 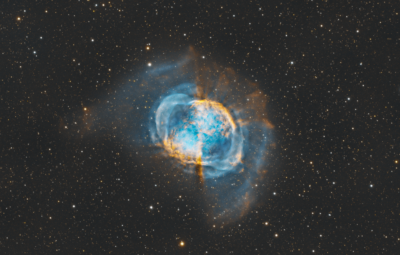 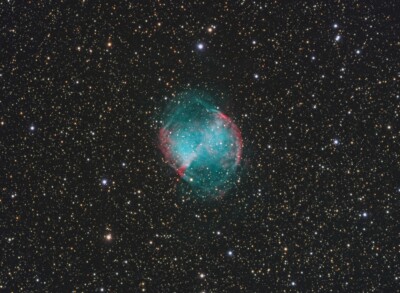 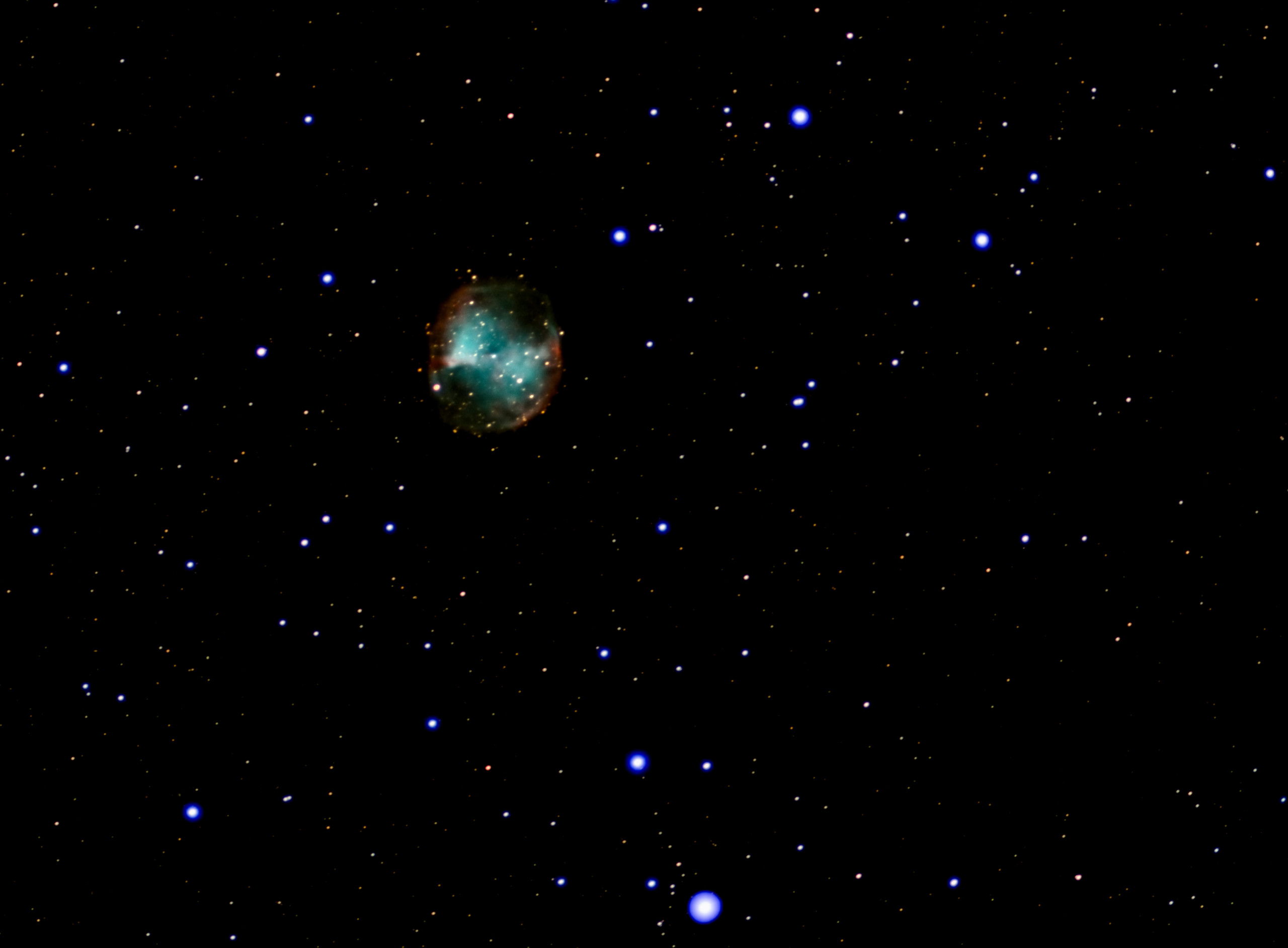